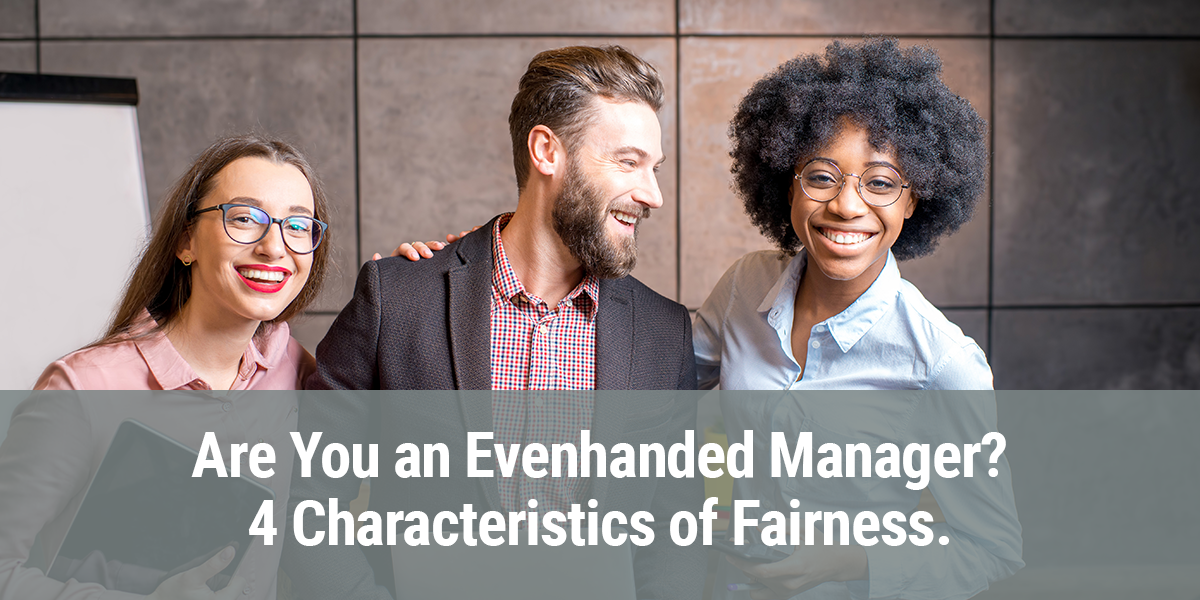 The Evenhanded Manager at Work: Four Characteristics of Fairness

Too often, those who rise to positions of power in the white-collar workplace are more concerned with holding tightly to their limited power, rather than liberally sharing trust, responsibility, and empowerment in order to boost that power. They fail to understand a basic reality: that while some people will take advantage of you if you're a laissez-faire manager, most will try harder than ever to prove they've earned what you've willingly offered.

Wherever you fall on the managerial scale, realize that fairness and the perception of it are a very big deal to your employees, determining in large part how willing they are to engage with their jobs, put in overtime when needed, and make sincere efforts to boost their productivity. You may find it necessary to do a check-up of your own opinions, research fairness, and make a concerted effort to put fairness into play in order to get the productivity you need out of your team.

The Perception of Fairness

Three basic factors contribute to a perception of fairness: an even distribution of rewards; consistency; and interaction with your workers. Each of these factors splits out into numerous characteristics that could, all by themselves, provide fodder for a whole book. Due to space limitations, I've funneled them down to the following four:

Fairness in the workplace isn't that difficult to accomplish; in fact, it should be the default. If it isn't, then the workplace has become toxic... and if that's true, it's hard to see how the organization or team can survive long. These tips outline four simple characteristics of fairness any leader can easily implement. If necessary, reboot your process with these factors in place, add others, and watch your team productivity rise.

Side note: Fairness should be more than just a personal goal of yours. If you really want to see impact, make fairness a standard by weaving it into your company culture, so that the business as a whole benefits. I have a short video on company culture that you can check out here - Video: Business Culture.